A Solemn High Mass was celebrated on Sunday, October 23 in honor of the 20th Anniversary of the Tridentine Mass Community in Windsor.

The celebrant of the Mass was Fr. Jonathan Robinson, C.O., founder of the Toronto Oratory and St. Philip’s Seminary. Deacon Richard Bloomfield was the deacon and Fr. Peter Hyrtsyk acted as subdeacon. The Mass setting used for this liturgy was Louis Vierne’s Messe Solenelle. 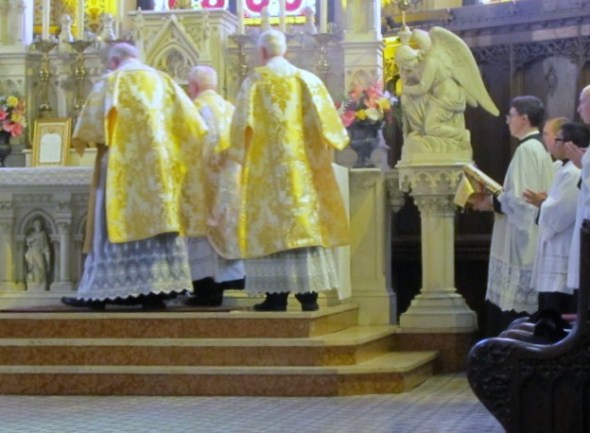 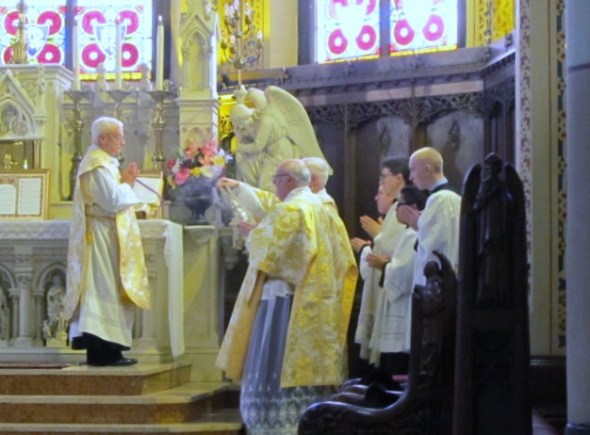 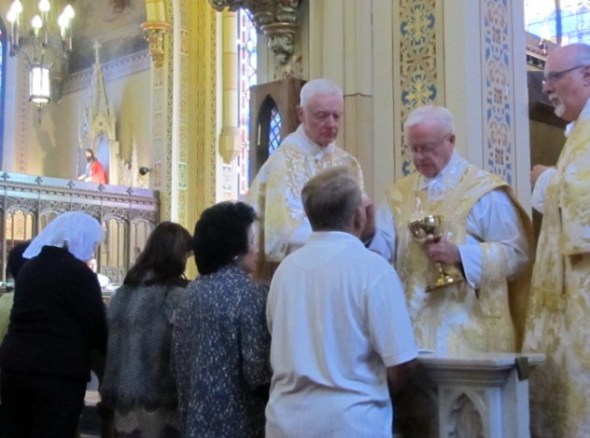 Following the Mass, a special anniversary dinner took place at the nearby Holy Name of Mary Church Hall. 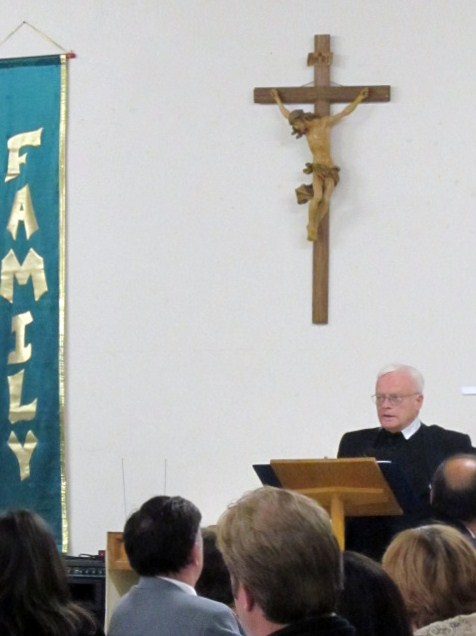 Fr. Robinson gave a talk to those gathered. Father also answered some questions from the audience. 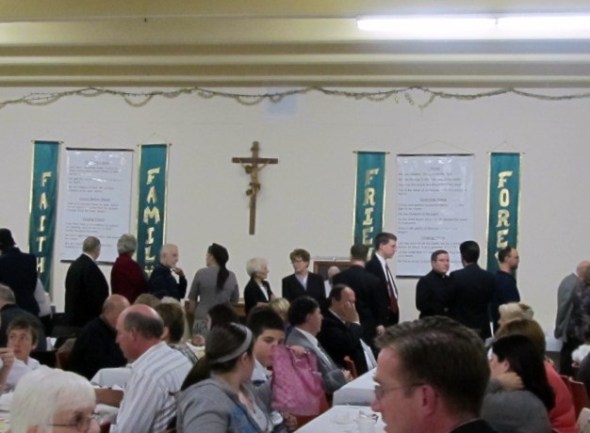 Tridentine Travelogue: Tridentine Masses held at the National Shrine of Our Lady of the Snows 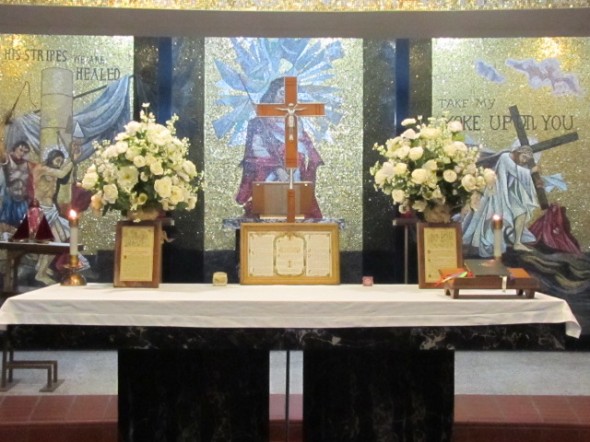 On the weekend of September 24-25, two special Low Masses took place at the National Shrine of Our Lady of the Snows in Belleville, IL. (www.snows.org). The Masses took place as part of the It’s Time to Meet Saint Philomena Retreat which was held at the shrine. The Retreat was sponsored by the Universal Archconfraternity of St. Philomena (www.philomenafamily.com) and the Universal Living Rosary Association of St. Philomena (www.philomena.org).

The celebrant for the Masses was the Reverend Fr. Chad Partain of the Diocese of Alexandria, Louisiana and the altar servers were from St. Francis de Sales Oratory in St. Louis, MO and St. Josaphat Church in Detroit, MI. The Masses took place in the Christ the King Chapel.

The following photos are from the Sunday Mass. 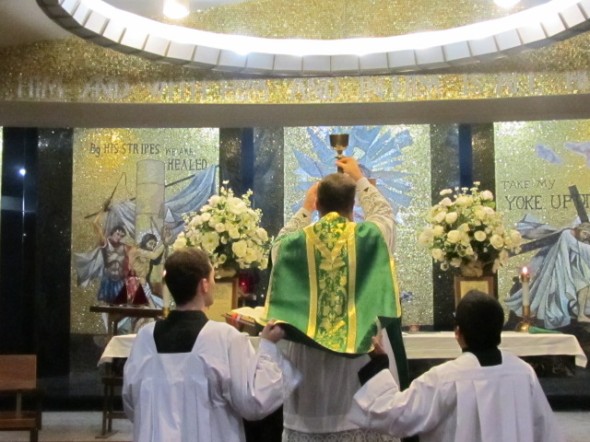 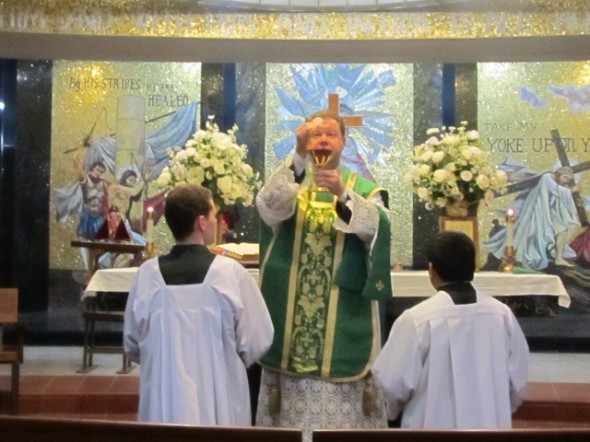 Photos were taken by: Mrs. Patti Melvin, Director of the Living Rosary Association 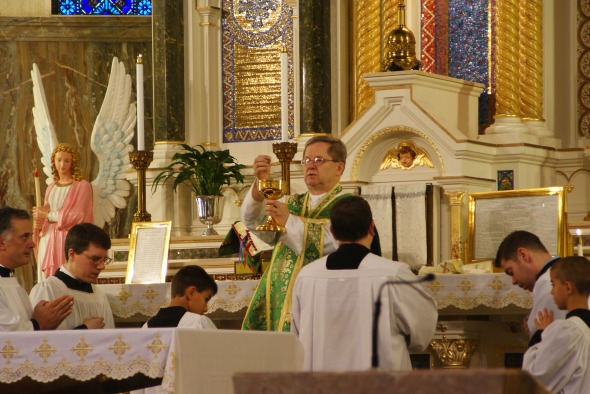 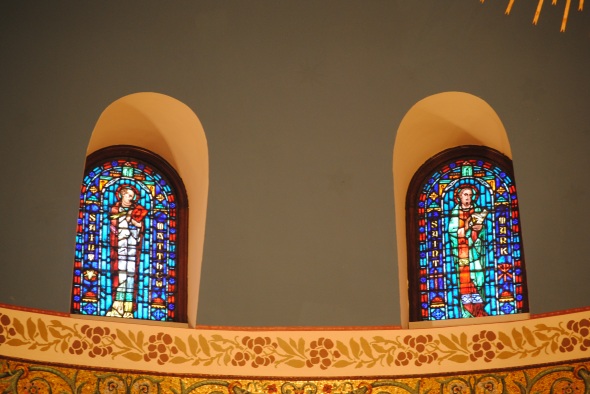 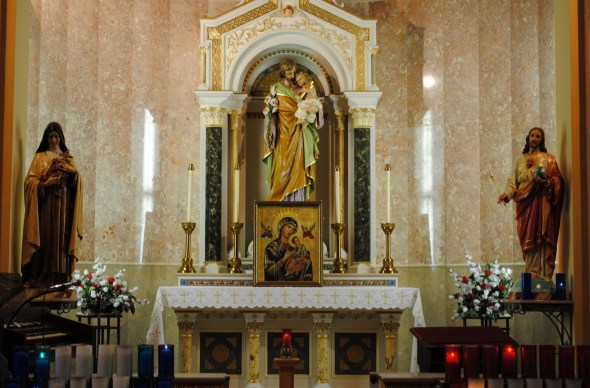 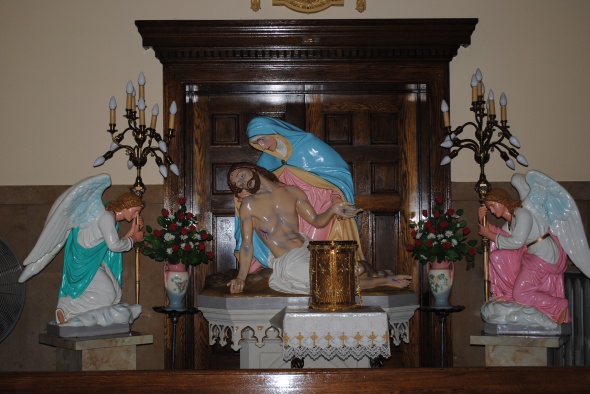 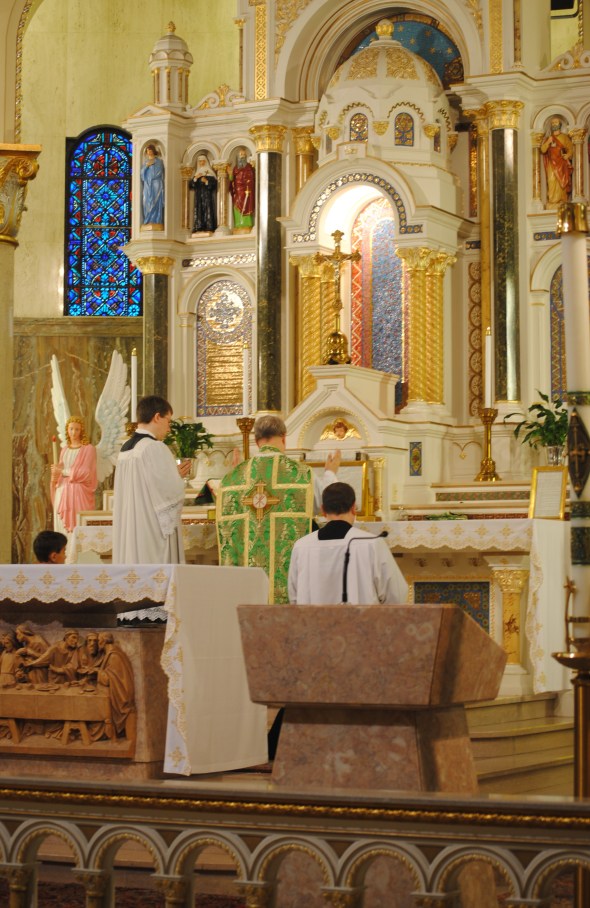 More pictures will be posted. Please keep checking for updates.